Now we sometimes see a patient more than once with degenerative discs or other issues, but it is unusual to see a patient multiple times in such quick succession as we did with our little Chip.

Chip is a very cool dude though has a line with regard to handling that he let’s you know not to cross. He initially came to vet extra with a disc in his back (bottom right picture) which we operated on and he went home a happy chappy. 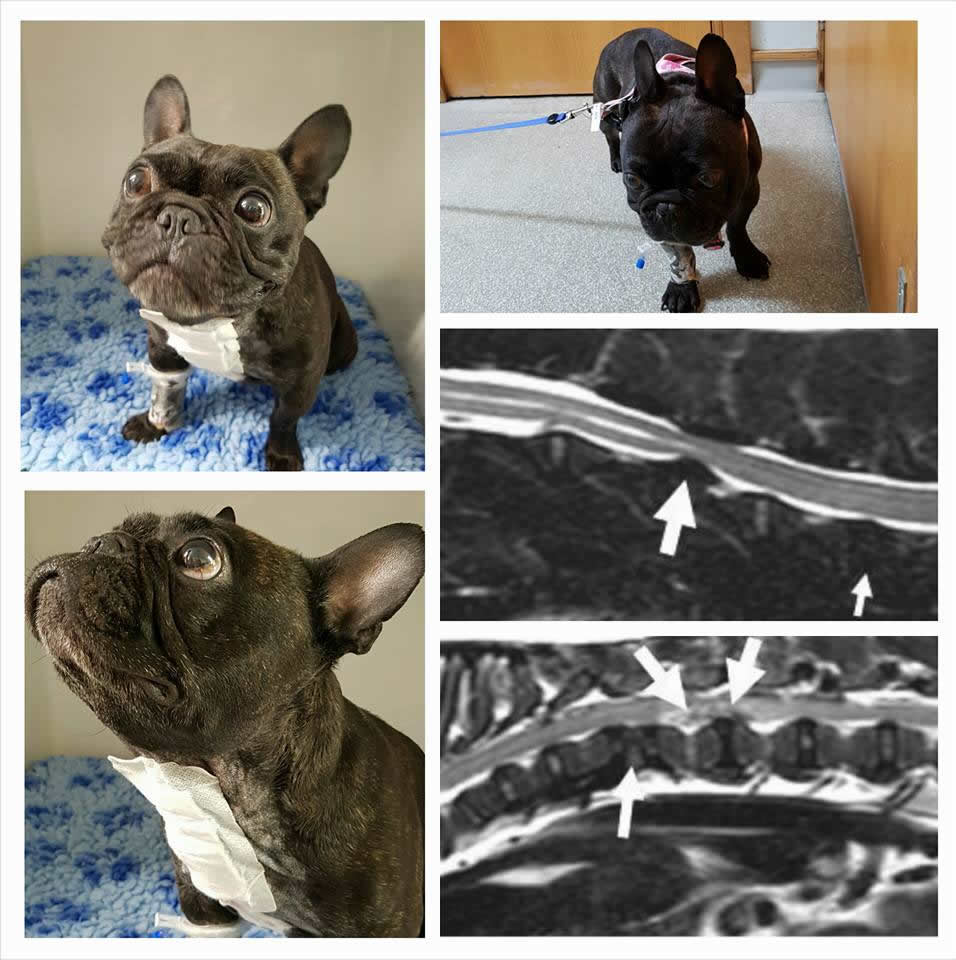 Some time after going home he developed some issues which his owners were concerned about so he came back to see Jacques. He had been showing signs consistent with cord compression of the mid back region, Chip had a MRI which didn’t show anything significant.

He was discharged to rest but was not doing well at home so readmitted for pain relief, during his time with us everyone grew very fond of Chip (how could you not???).

We knew something wasn’t right when he would let us inject his medications and take vitals without telling us off and generally not acting like his little self.

Due to this Jacques recommended a MRI of his brain and neck to rule out pain from these regions even though the clinical picture did not indicate this. On this MRI a disc extrusion was identified in his neck (middle right picture), so our little Chipster had surgery to decompress his spinal cord and remained with us for a further 3 days to recover and be kept comfortable with pain relief.

Post surgery he made a tremendous recovery, walking well with a sling and being back to telling us off when we over stepped the mark.

That was a good indication to the nursing team that our little friend was back!!! On discharge he was happy to see his family as they were happy to see him, though he has left a chip sized hole in the ward.

Such a fab little guy and we wish him a speedy recovery at home with his fabulous family.

We look forward to lots of updates!