We have seen lots of dogs of late but this very handsome chap broke that trend and his name is Maestro.

Maestro presented with a history of hind limb ataxia, which had steadily gotten worse with a rapid deterioration in the two weeks prior to his referral to Vet extra.

On examination Jacques found that Maestro had evidence of hind limb ataxia, though was still able to walk well. No spinal pain was identified but he had reduced paw placing in both hind limbs, primary findings were consistent with a problem affecting the spinal cord of the thoracolumbar area.

MRI scanning confirmed this (top right picture) which identified multiple disc extrusions in Maestros mid back region. One large disc (large arrow) was likely causing his clinical signs as you can see how much the disc is compressing the spinal cord.

Maestro underwent a surgical technique called a Corpectomy (this is where all or part of the vertebral body is removed in order to decompress the spinal cord) in order to remove the very large disc extrusion as well as multiple fenestrations of the vertebral bodies to decompress the spinal cord associated with the smaller disc extrusions.

His recovery from the surgery started of a little slow but he was soon wandering around the ward very well and always had a purr for people coming to see him and give him a fuss.

He remained with us for a number of days to ensure he was able to get around for himself comfortably, he then went to be cared for by his loving family.

We wish him a speedy recovery and look forward to hearing his updates. We miss you Maestro, you are all in all a very cool cat. 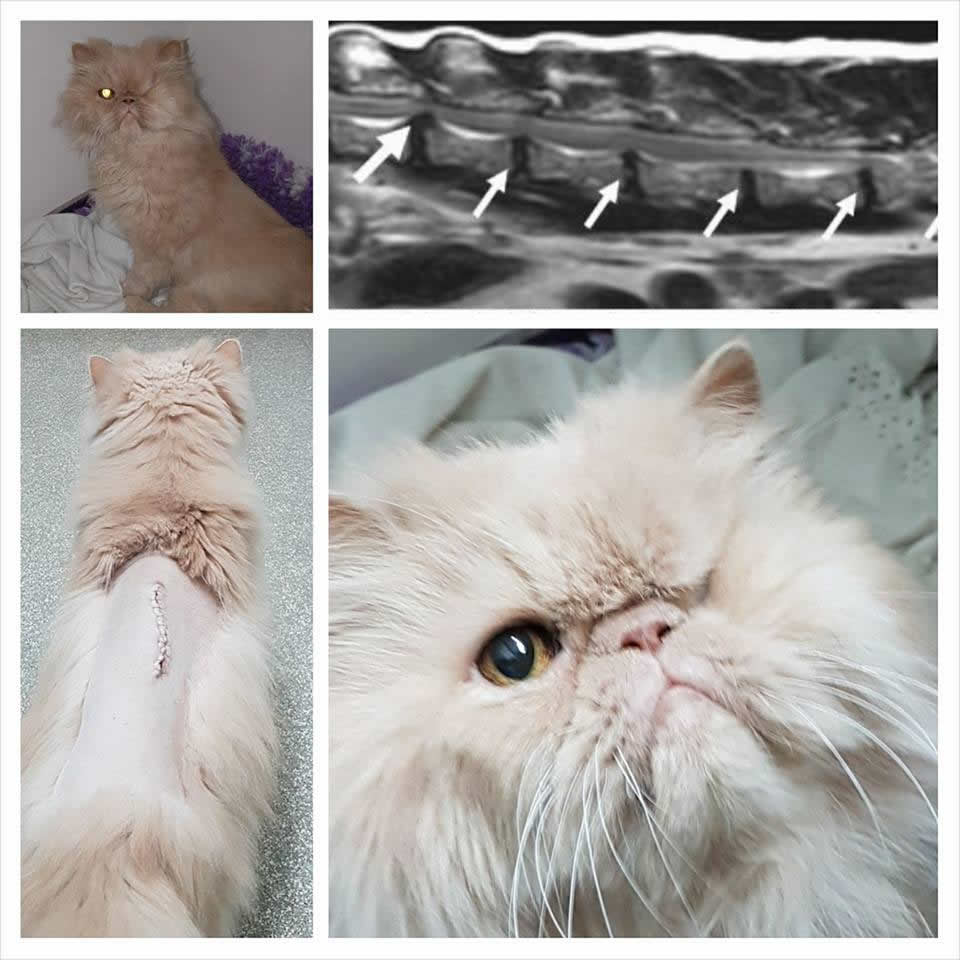