Ozzy is treated for Wobblers Syndrome

We have some extraordinary pets walking through our doors on a daily basis, sometimes these patients can barely walk but they soldier on without a whimper.

Ozzy is one of these patients. He presented to Jacques with a history of his hind limbs tending to sink under him and twist. His owners also reported that he was becoming reluctant to go for walks and being cautious when jumping on the couch.

On neurological examination, Ozzy was found to have hind limb ataxia, with reduced paw placement in both though more notably the right hind. 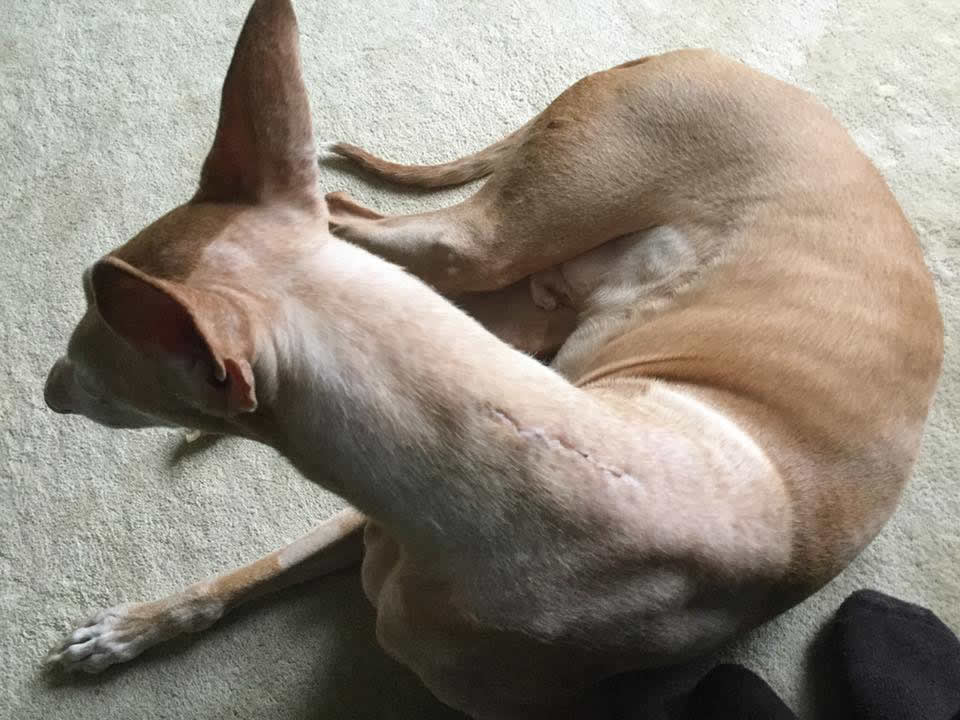 Further tests were carried out to include MRI scanning, the MRI scan showed two areas of spinal cord compression in Ozzy’s neck (top and bottom long images) which is consistent with a syndrome known as Wobblers Syndrome (Cervical Spondylomyelopathy), so called due to the wobbly, uncoordinated gait seen in patients affected.

Jacques recommended Ozzy have surgery to correct both the sites of compression. Ozzy required a technique called a dorsal laminectomy where bone is removed from the top of the vertebra in order to gain access to the disc causing compression.

Ozzy also required a further technique called a Ventral Slot where decompression is achieved by creating a window in the under side of the vertebra in order to remove the disc material causing cord compression.

As you can probably see from the photos Ozzy has two clipped areas and this is because both procedures were carried out on different parts of his neck – a very long surgery but very successful for Ozzy.

He was walking almost immediately following surgery and was the ideal patient for resting when he was suppose to. Being a hound this came easily so long as we provided a comfortable enough bed. He remained with us for just over a week to ensure his pain was controlled and he was able to cope at home.

He went home to his loving owners and as you can see from his pictures he is doing very well. A very comfortable life for this hound, his owners are very pleased with his progress and we wish him and them continued progress and lots of fun times when he is back to full speed.

Your hound hugs are missed on the ward Ozzy. 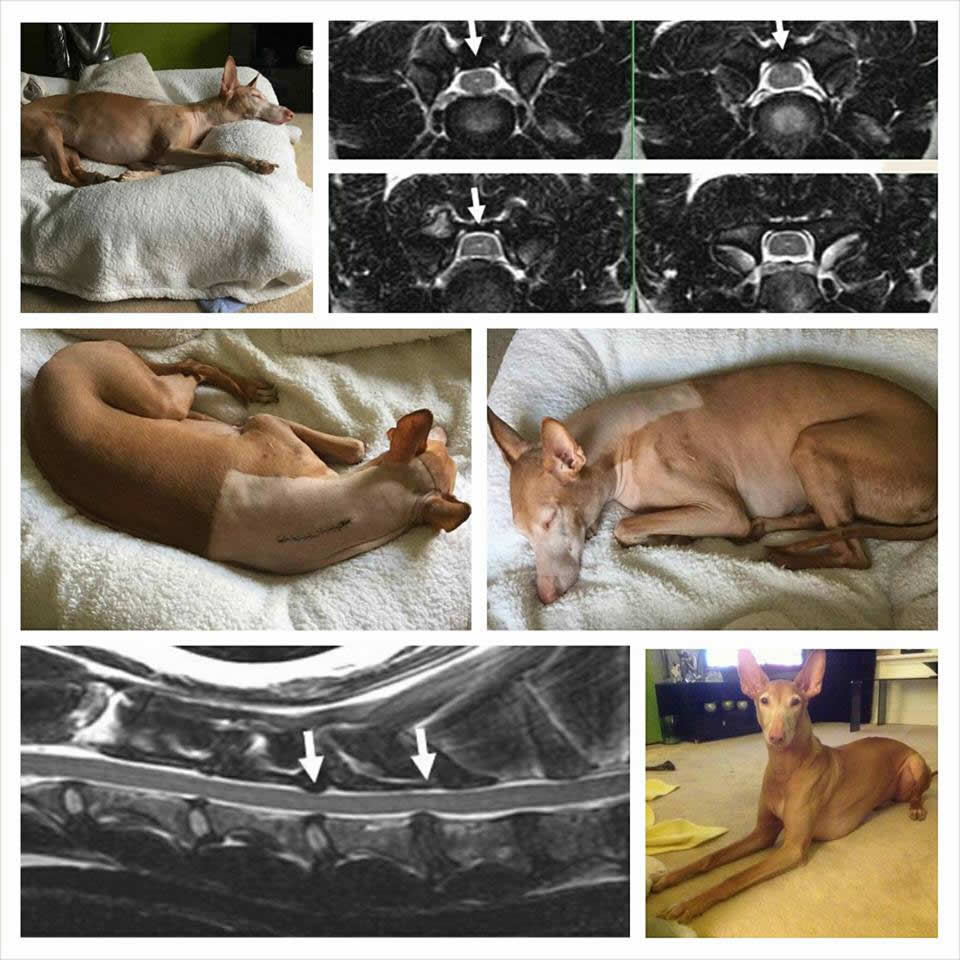