4 month old Bailey has surgery on her neck

There are some patients that look into your eyes, melt your heart and then give you a little kiss on your nose. Bailey was one of those patients.

Bailey is a 4 month old miniature dachshund who presented to Jacques with wobbliness, a tendency to fall over frequently. Jacques decided MRI would provide a definitive diagnosis as well as some x-ray (picture top left of collage) to confirm.

The MRI findings suggested a condition called atlanto-axial subluxation which essentially means instability between the first vertebrae of her neck. The instability caused damage to the spinal cord which was why she was having so much trouble moving around.

Jacques operated on Bailey and corrected the instability using a plate and screws with bone graft used to increase the chance of the bones fusing. You can see the pictures of the post operative x rays in the collage. 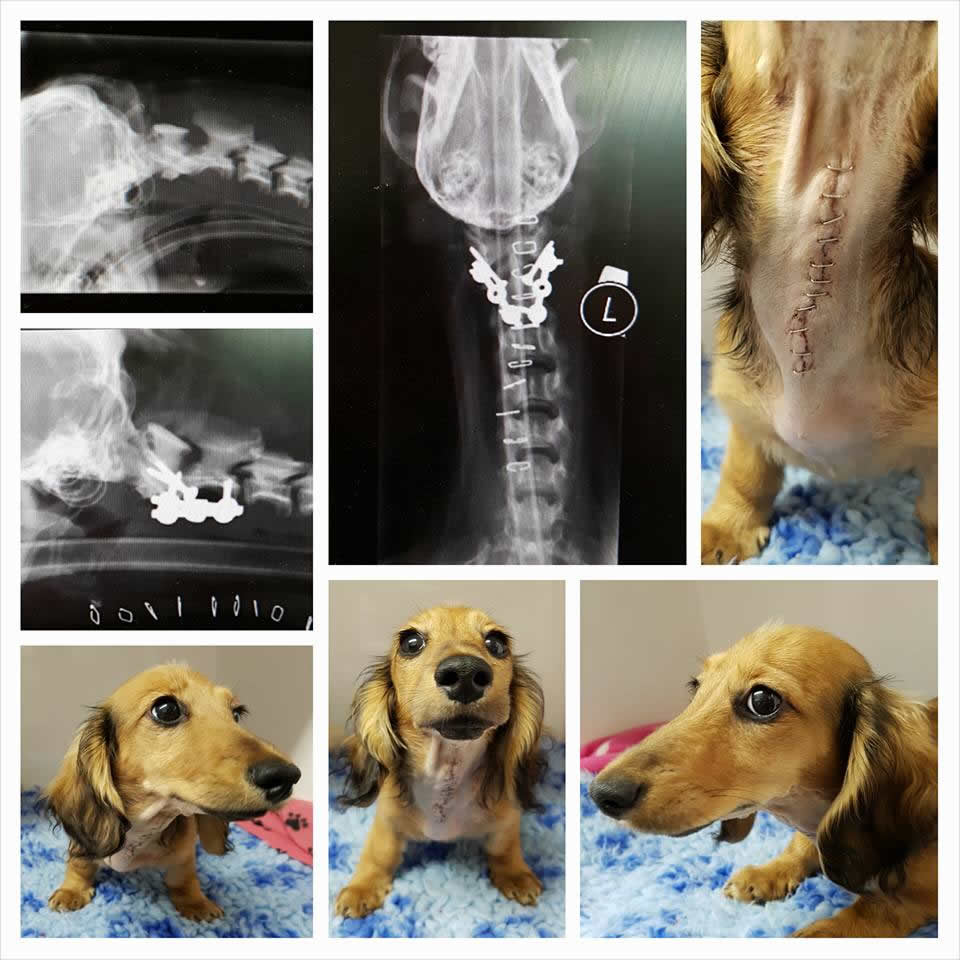 Bailey remained with us for a few days post operatively in which time she got a lot of cuddles and attention to help with her rehabilitation.

She went home with her fabby pawrents who were very happy to see her, as she was them. She had some sad goodbyes with the nurses as she is a bit of a snuggle bunny but we were happy to see her get home to continue her recovery.

The last report we received she was doing very well and we look forward to seeing her for a recheck soon. Get well soon Bailey!!!

As you can see from her close ups she is a very cute little dog. 😀

After finding out our little fur baby Bailey needed surgery on the first two vertebrae we really didn’t know what to expect!

Jacques was truly amazing, kept us updated and in the loop every step of the way! Little Bailey is now recovering at home and thanks to this supervet she had a long and happy life ahead!