Walter was experiencing pain in his neck 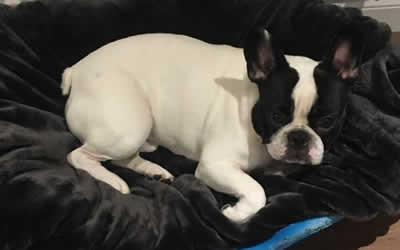 Walter in his basket at home

This is our little friend Walter. He came to see Jacques a few weeks ago because he was experiencing pain in his neck.

Walter presented with neck pain which would get better on his medication but would worsen when it wore off. When painful Walter became very hunched, holding his head down and he would yelp.

The suspected cause for his pain was an intervertebral disc extrusion also known as a slipped disc.

Walter received a partial examination from Jacques and from this Jacques found Walter would not move his neck if turning to look at something but would turn his entire body. Due to his pain, an MRI scan was recommended.

On the scan Jacques’s initial suspicions were confirmed – Walter had a disc extrusion between the 2nd and 3rd neck vertebrae with considerable compression of his spinal cord (see top right picture of collage).

Jacques performed a ventral slot operation on Walter to decompress the spinal cord as well as creating openings in the disc spaces below this area to limit the chances of the condition recurring later on.

He made an excellent recovery from the surgery, but became very stressed within the practice so once his pain relief was tapered back it was decided he would be happier at home.

He was discharged to his loving owners after a few days and they report he is doing very well although is missing getting on the couch while his neck heals. He is making steady progress though and we wish him continued excellent progress until he is back to 100%.

Walter did make good friends with one of our animal care assistants Jamielee and she, as well as the rest of his nursing team wish him a speedy recovery. He is a very handsome boy!!!! 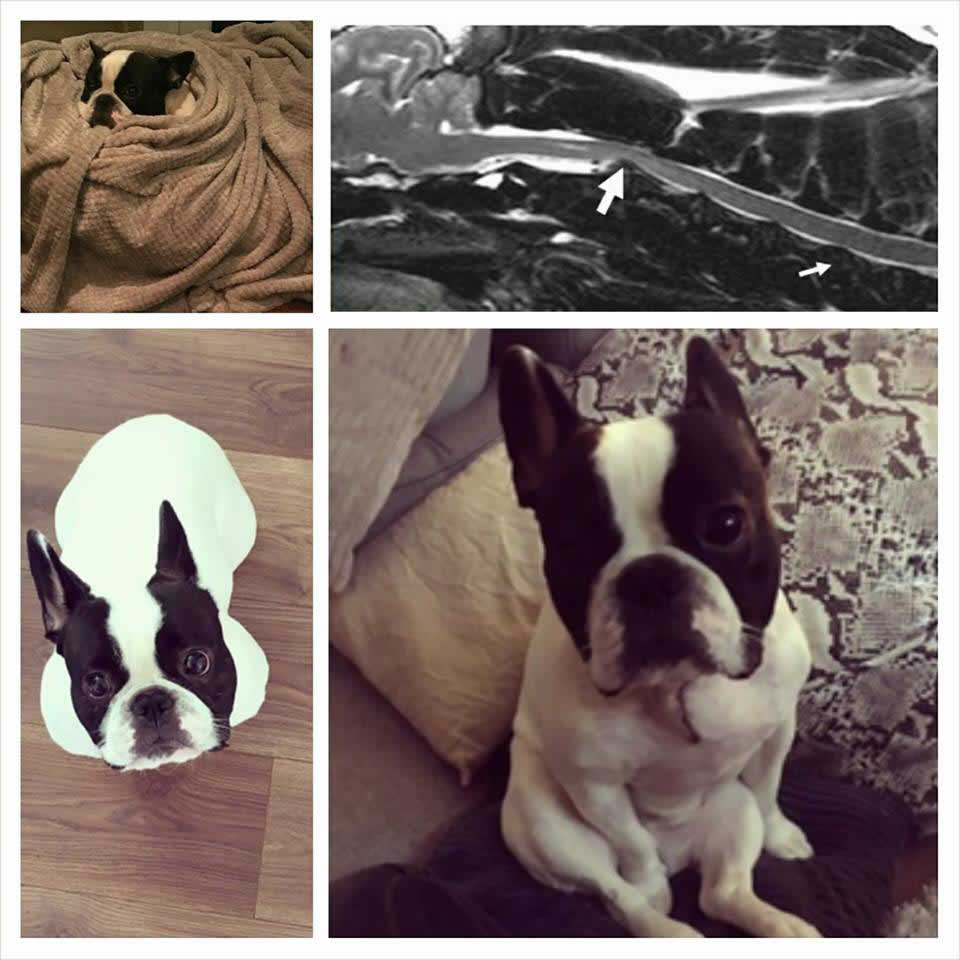 I can’t thank you all enough 🙌🏼 Walter is doing very well and is getting back to normal! 😬